Reassessing After a Major Project Has Ended

Launching and accomplishing a major objective can produce so much satisfaction. I live for it – exploring where each new project will take me brings me joy and makes life exciting.

Yet, it is not all joy I feel after finishing a project. This joy is sometimes also tempered by a period of loss following its completion. The time and energy expended on the project are no longer needed anywhere, and we are left, oddly enough, with a sense of emptiness. Sometimes it happens gradually, and other times, the void after a project is sudden and consequently a bit shocking.

I published my book in May of 2021 after two and a half years of effort. It was a fulfilling yet challenging project. It took many hours of work and commitment, which I was finally able to complete. The week after the launch, I focused on resting, but I was already feeling unmoored. I had not been sleeping well before the launch, and I wanted to focus on taking a break.

My mind was restless, trying to fill in the loss from the book launch. I kept asking myself what I was going to do next. I was not ready to even entertain that notion because I first needed to gain some perspective. I decided to put any analysis or plans on hold. I needed things to settle down more before I could even figure out what I wanted next or assess the experience of the book.

Before moving on to the next thing, I wanted to get my bearings. I wanted to take some time to see what I learned and what I wanted next based on that experience.

I decided to put some time between the book launch and any decision. In the beginning, it all felt too fresh, and I did not want to judge anything that I heard, read, or felt. So instead, I focused on other tasks that I had left by the wayside because of the book launch: I worked on this blog and kept up with my studies.

As I focused on other tasks, my mind gained perspective. The other projects absorbed me, which is one of the reasons I think it is good to have several projects going on simultaneously. I stopped feeling the need to make decisions and instead focused only on what was ahead of me.

When I felt I had some distance from the book launch, I decided to ask myself some questions:

Journaling is the best practice for me to analyze deep experiences. Often, I will take a few days to journal about an experience, and as I dive deeper, the answers begin to emerge. Only after I have performed this practice does my mind feel free to create the next step and envision the future project.

We do not have unlimited time for our projects, so taking the time to regroup and learn before taking on a new phase or project is invaluable. You will inevitably have learned much along the way, so take the time to reassess. Your next project will be that much more successful because of those lessons.

PrevMake 2022 the Year of Gratitude and Joy
Pockets of Learning: It Doesn’t All Happen at The Same TimeNext 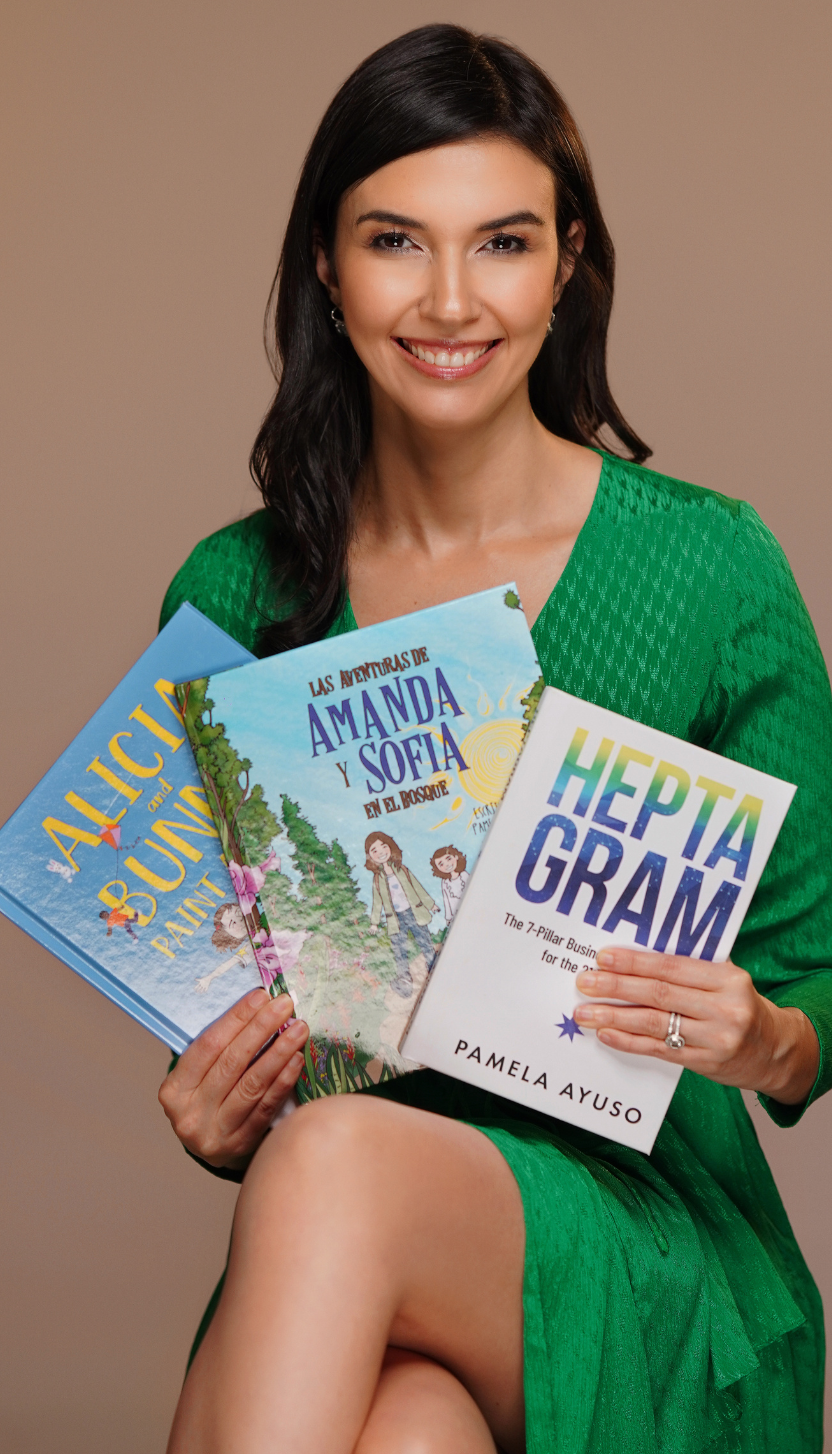 Pamela Ayuso is an author and the co-founder and CEO of Celaque. She is a real estate entrepreneur and developer who has executive leadership experience in two of the most successful real estate developers in Honduras — managing operations at Alianza and leading Celaque. Celaque develops office and residential buildings and manages a broad portfolio of properties. Pamela’s focus is on growing Celaque into a model for the 21st-century company.

In addition to her role as CEO at Celaque, Pamela is the author of Amazon best-selling book, Heptagram: The 7-Pillar Business Design System for the 21st Century. She offers practical business and personal development insights for other entrepreneurs and business leaders on her blog and LinkedIn. Her husband and her three wonderful daughters inspired the story of her first children’s book, Alicia and Bunnie Paint a Mural.

Pamela Ayuso will use the information on this form to be in touch with you and provide updates. You can change your mind at any time by clicking the unsubscribe link in the footer of any email you receive from us, or by contacting us at pamela@pamelaayuso.com. We will treat your information with respect. We use cookies and similar technologies to run this website and help us understand how you use it. For more information, read our Privacy Policy.

Looking for something else? Search to find more practical tips from Pamela.